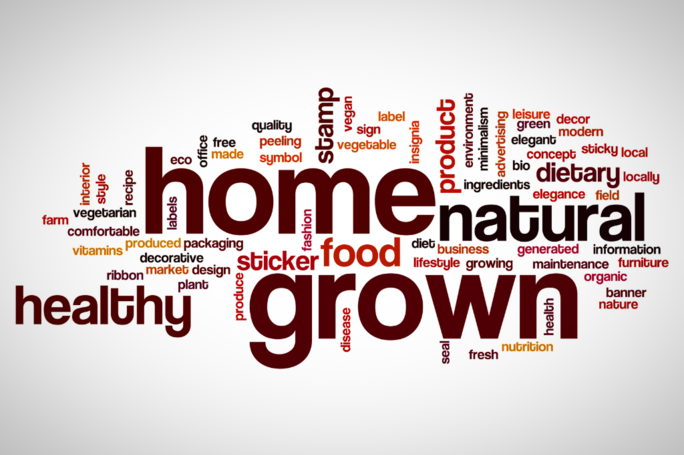 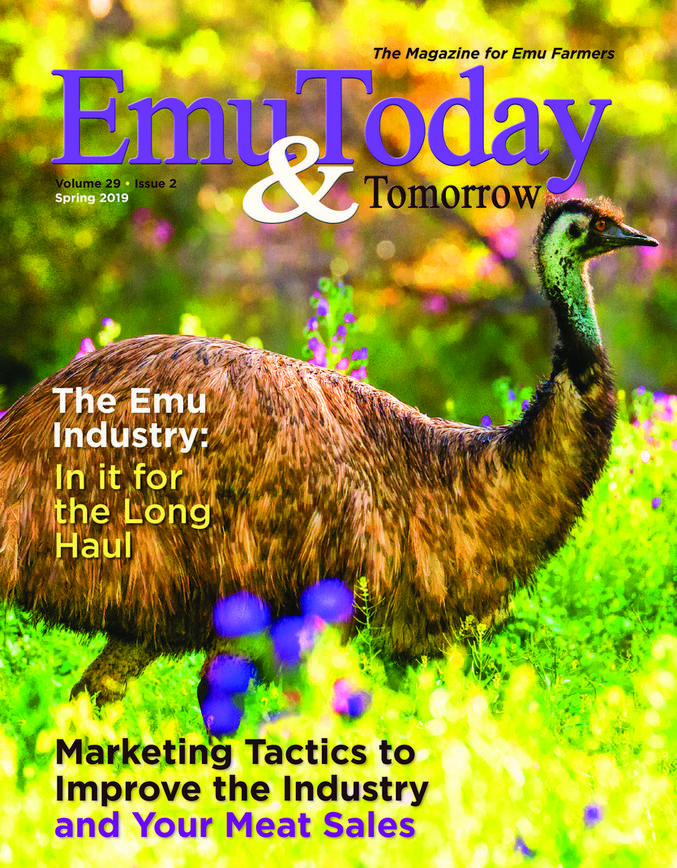 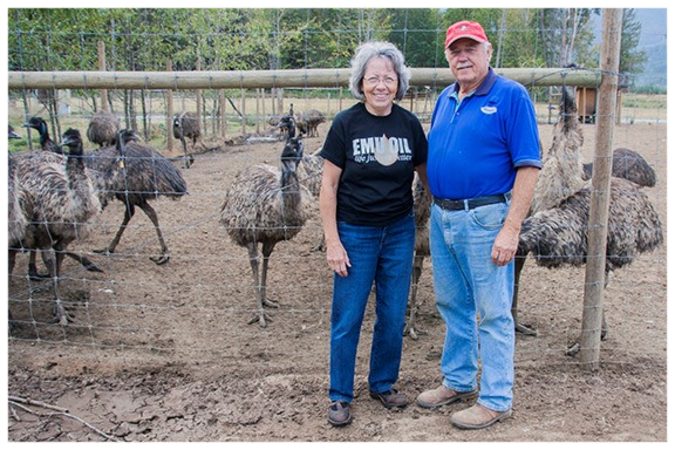 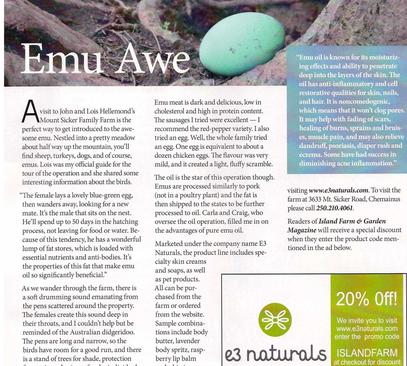 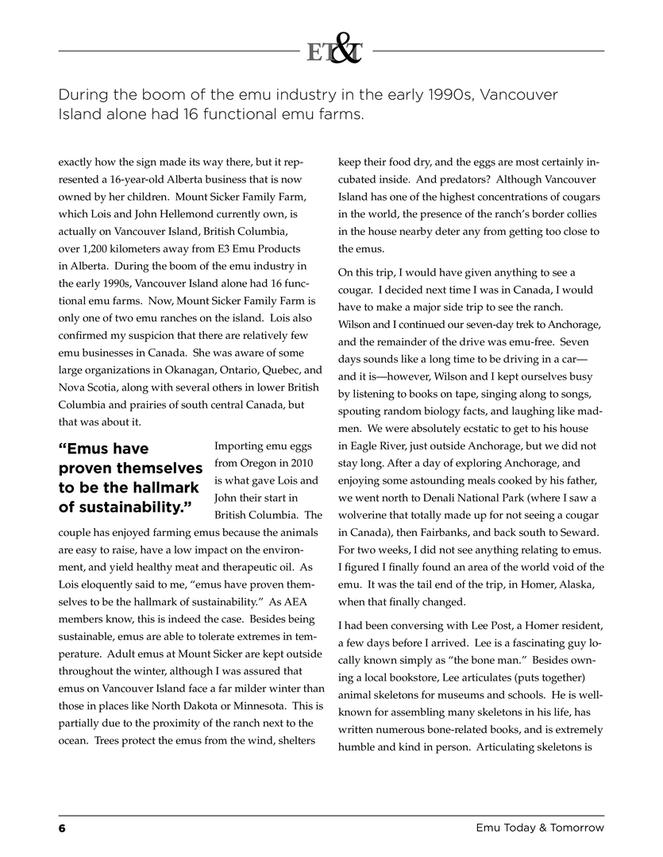 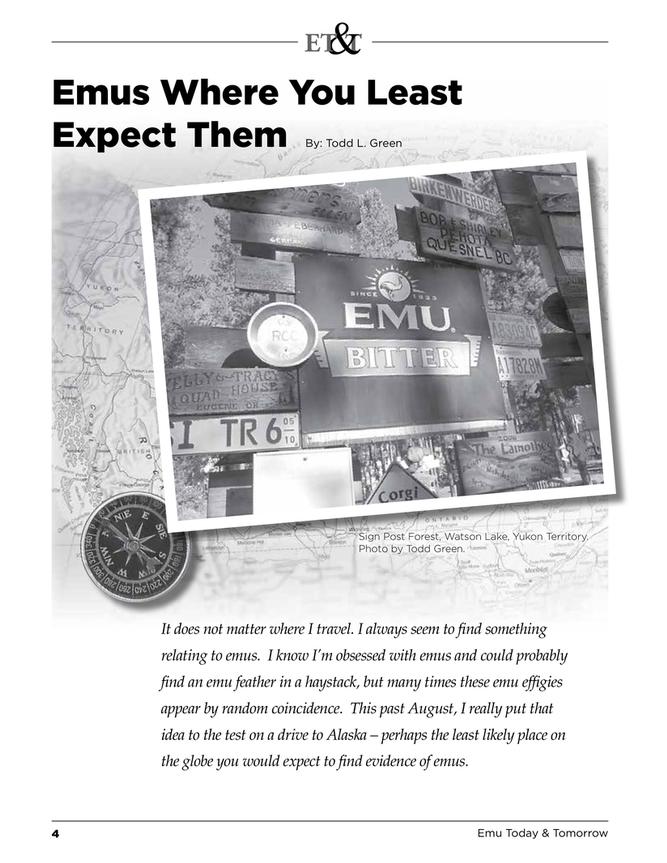 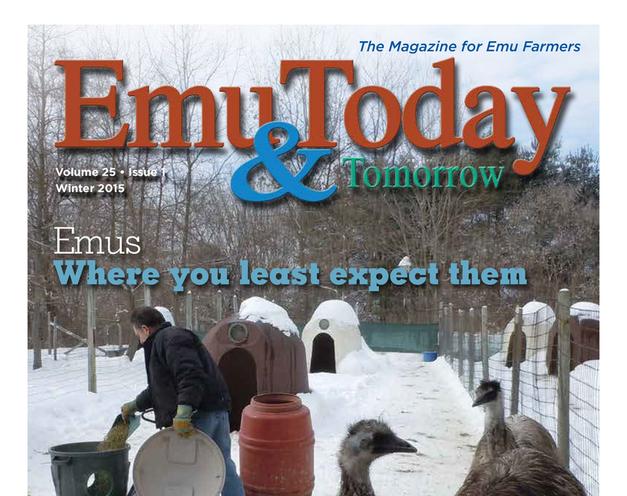 Lois and John Hellemond are happy with their mob—that’s the technical term for a herd or group of emus—which has grown over the past six years to more than 70 birds. The couple own Mount Sicker Family Farm which produces emu oil that is later sold pure or in skin care products. 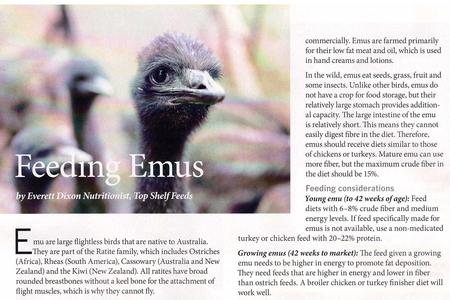 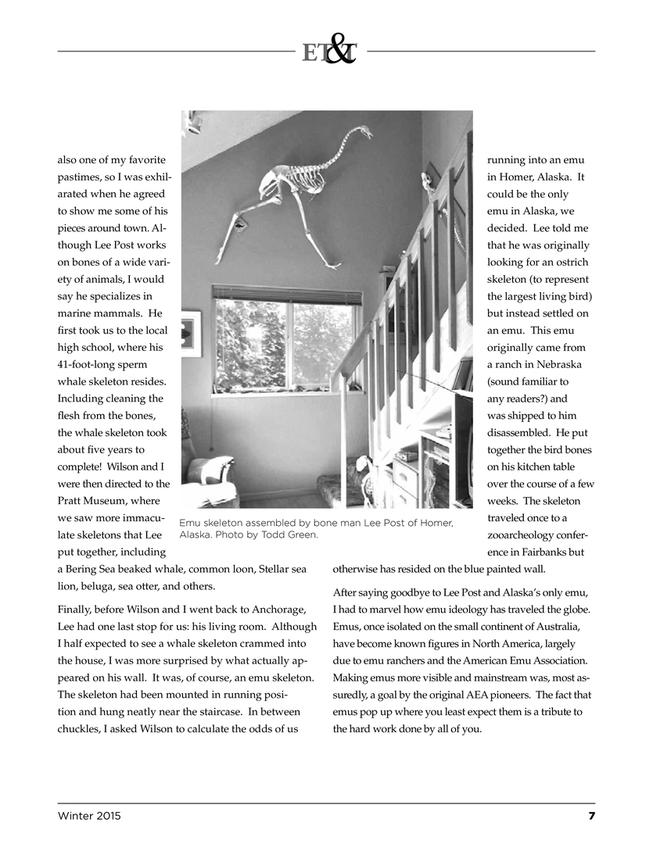 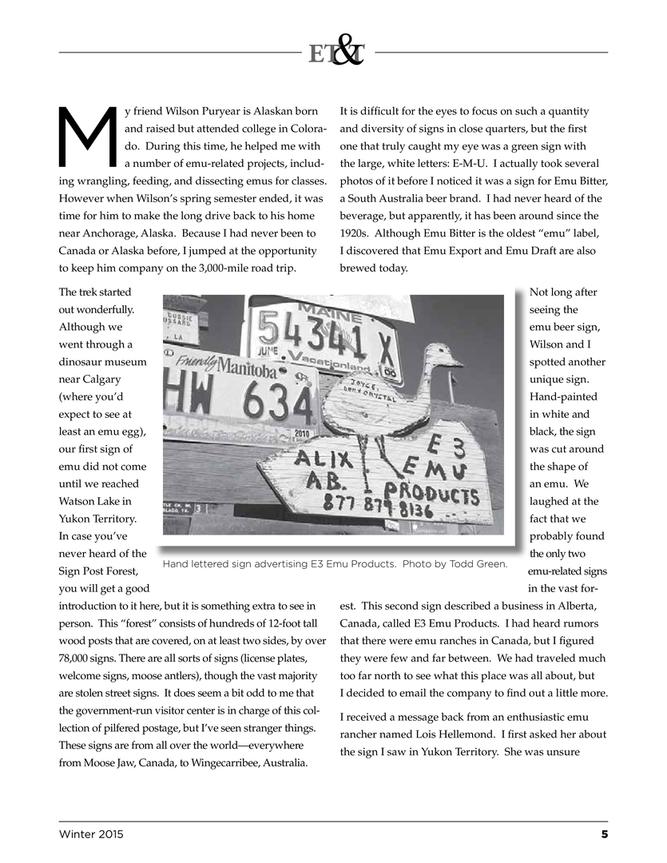 With their imposing size and shadowy faces, one could be forgiven for finding emus a little intimidating. Perhaps it’s their speed, their claws, or the way their prehistoric ancestry is so clearly evident, but for whatever reason many people assume these are unfriendly creatures.

Not so, according to Lois Hellemond.

“You run into the odd one that’s got attitude or is a little on the mean side. Frequently that translates into being handled poorly when they were young,” she said. “Their natural temperament is not to be nasty. They’re very quiet. I would not be working with these [earrings] on because they’re extremely curious and they like shiny things.”

Lois and her husband, John, own Mount Sicker Family Farm in Chemainus, and since 2010 they have been raising emus.

The farm currently has about 75 birds, ranging in age from just a few months old to several years in the case of their oldest laying bird. However, most of these animals will be slaughtered at 18 months, primarily for their fat which is rendered into oil, and for certain products, needs to be refined.

That oil and its associated health properties were what prompted the Hellemonds to turn their 10-acre property into an emu farm six years ago.

“It’s anti-inflammatory. It also penetrates very deeply, so if you have other pain medication you want to go into the body, the emu oil is a carrier and penetrates into many layers of skin,” said Lois. “And it’s antibacterial. These birds, when they injure themselves, rarely do I have to do anything about it.”

However, it was the positive impact of emu oil on a man they knew with multiple sclerosis that had the Hellemonds convinced enough to start up a farm of their own.

At the time of slaughter, one bird typically has between 17 and 22 pounds of fat on its body. Female emus need energy from fat in order to produce an egg every three days during the dark, winter months; a male emu needs that fat because in the wild, it’s the males that hatch the young, sitting on the eggs for eight weeks without getting up to eat anything.

At Mount Sicker, the Hellemonds start filling their incubator towards the end of December, with the chicks hatching between March and June. Then they gradually shift the birds into larger and larger fenced enclosures as they grow.

“Probably the biggest challenge raising young emus is they are running machines. They can run for 30 minutes at close to 100 km/h,” said Lois. Adequate space is a must; there’s no way to raise them indoors. “They don’t like to be inside.”

Emus are native to Australia, so they are well adapted for Vancouver Island’s increasingly hot summers. Surprisingly, they’re also well-suited for the cooler weather of the Cowichan Valley during winter months thanks to the insulation provided by their single quill/dual feather plumage. The birds do not, however, like wind and so it’s important for them to have access to some kind of shelter or wind break.

The greatest challenge facing emu farmers like the Hellemonds is not related to the raising of the birds, but rather the facilities necessary to slaughter and process them. And this is not a problem unique to Vancouver Island.

Betty Lou Cauffman, past president of the American Emu Association, said while the industry is growing, a lack of available processing facilities is a constant problem for emu farmers.

“We’re trying to grow but it’s a slow process,” Cauffman said. “Most slaughter plants don’t want to do emu because they can make a lot more money butchering cattle. There’s very few USDA[-certified] plants… It’s really hard to find some place that will process.”

While internally emus have more or less the same physiology as poultry, on the outside is red meat, and so the US Department of Agriculture and the Canadian Food Inspection Agency classify the birds as livestock.

“It’s a dark red meat. It’s the healthiest meat. Use it the same way you do beef, but don’t overcook it because it doesn’t have the fat,” said Cauffman, who has a large emu farm in Wisconsin. “There’s a market for it.”

In Chemainus, the Hellemonds have bumped up against that same issue, trying to find a slaughter facility in the region that can process their emus. None had experience with these animals nor the proper conditions for harvesting emu fat, which has to be rid of every last drop of water and blood. Any kind of protein that gets into the fat will limit the shelf life of the finished product.

“So we have to harvest in a very specific way,” said Lois.

“And we had to build our own [slaughter facility].”

Mount Sicker Farm has its own small slaughterhouse on site, and aims to kill the birds humanely with as little stress to the animal as possible. The Hellemonds hire experienced butchers to assist in the process of preparing the animals.

The farm is not yet certified to sell their emu meat for human consumption, so it’s used instead in raw dog food.

Once the emu fat has been harvested and rendered, the Hellemonds then sell it to their son and daughter-in-law, Craig and Carla, who own e3 Naturals, which makes sensitive skin therapy products.

Craig said as his parents began getting more emus, developing a business was an obvious move for him and his wife, who had a longstanding interest in health and wellness.

“In Australia, the indigenous people have been using emu oil for skin care for centuries. So it’s a really old thing,” he said.

e3 Naturals is based at Mount Sicker Farm, which means almost the entire production cycle for the raw emu oil and Carla’s skin care products is centred in one location. That means the company’s quality controls don’t simply begin with the oil processing, but with the emu egg itself, said Craig.

He noted that the raw emu oil is therapeutic on its own, but Carla also makes other products using it such as lip balm, foot cream, and cold and flu vapour balm. He hopes they can eventually expand the business so that every part of the emu is made into a quality product.

His parents both point out that while they’ve had a positive experience so far, their farm is still young and there is still lots left to learn.

Also there are lots of costs associated with starting an emu farm, including potential costs for water. Emus need large quantities.

John also said its important to remember that while emus are gentle and social creatures, they aren’t pets. And furthermore, they’re not solitary animals.

“They’re like pigs, they lay on top of each other, they want to be close,” he said. “They’re lonely if they’re by themselves.” 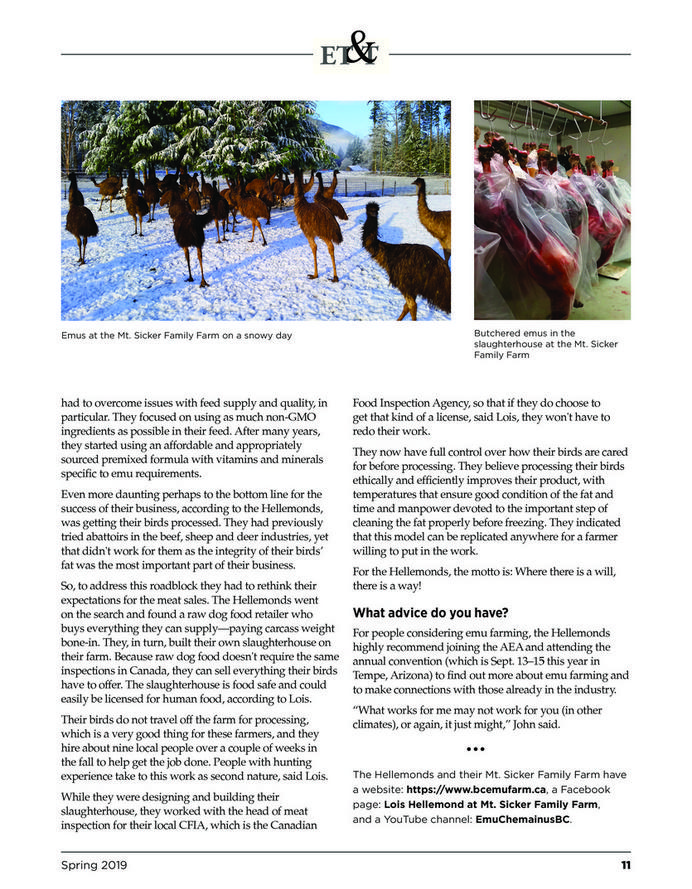 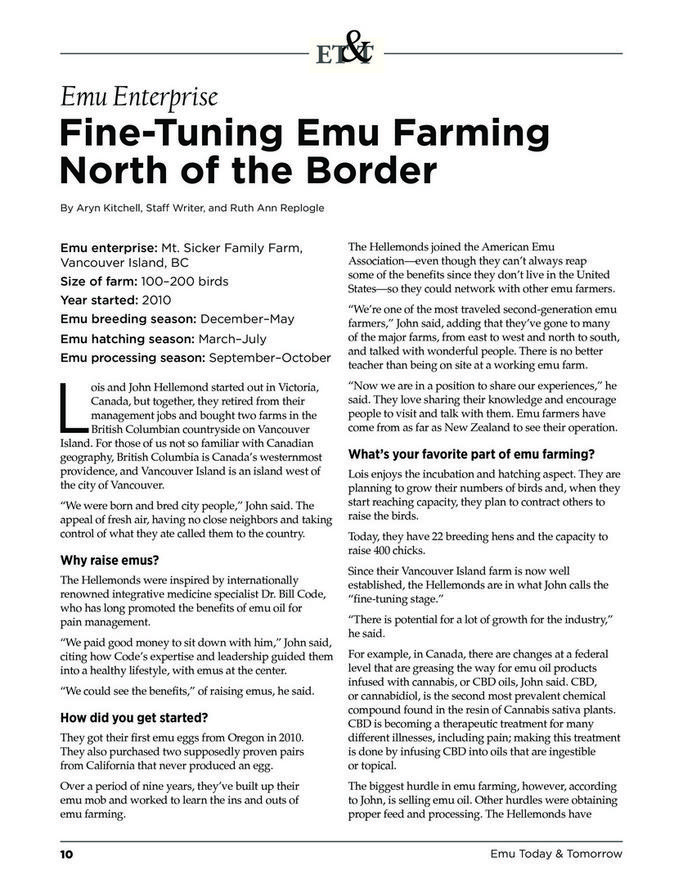 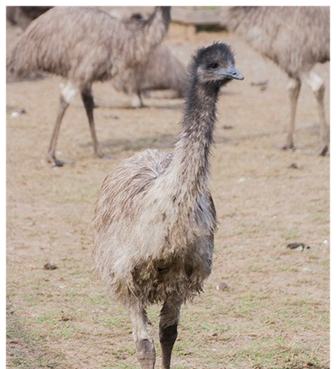